Inicio » Back to the Future- Amazon brings virtual tours to Mendoza

My Republic, news, Social + News, What to do in Mendoza, Wine Republics 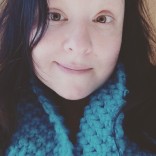 Having a bachelor’s degree in Tourism made me not even think of this possibility, Virtual Tourism? 🤔

When my boss, a respectable entrepreneur of the tourism sector of Mendoza, came to me with the idea (about a year ago) I stood staring at him in disbelief. I even argued passionately defending my traditional ideas about tourism, understood as an action that implies displacement—evident and necessary—of a person from their home town to a different place, where he would consume the product and services of that place, also consume its art, culture, flavors, landscapes and nature.

But I ended admitting that I was wrong about my understanding of tourism, or that, in any case, I needed to update my system. Months later came covid19, with it lockdown and zero chances of touring as we normally did. People got sick of lockdown and wanted to go out, but they couldn’t. Technological times were hurried and (finally) virtuality became tangible-leave without going out, travelling without moving. Barely after filling a form with credit card info from his couch in Seattle, Mike is suddenly meeting Ricardo, his guide in the remote Mendoza. This guy, straight from San Martín square and in the shade of the statue that points into the Andes, says “Hi, welcome to Mendoza!”

If you read the previous paragraph and are not sure if it is a joke or a science fiction tale, the truth is that virtual reality is the new reality, also in tourism. The web giant Amazon, launched the virtual tourism proposal and one company in Argentina said yes. The project started in 2019. After tons of emails, phone calls and meetings by Zoom (long before Zoom became trendy during lockdown), Charlie O’Malley (owner of Trout and Wine) agreed with Jeff Bezos. They collected the technology needed and came out to sell to curious American customers that, from their homes (places anywhere in the United States) wanted to take a stroll around the streets of Mendoza.

The tour is offered as “Virtually visit the oasis city of Mendoza”, and is a type of comprised City tour. During the stroll, all of which happens live, squares, historical buildings and monuments are seen, and also the Mendocinean identity is revealed –with its tree lined streets, acequias and colorful facts of our everyday life. Exotic characters—which the client pays to see—appear in the foreground and that way, corner store tortitas, doña Rosa’s flowers and shoe shine Roberto win the scene.
All of them can interact with the virtual tourist who has 45 minutes to “walk around” with his guide.

The tour finishes at a store, where the client has the chance to access to crafts and purchase a unique and priceless items to his eyes (whether it is a mate with silver ornaments, a piece made with leather, or yarned like ponchos)

In order to carry out the virtual experience on Amazon Explore, Trout and Wine tours counts with an image stabilizer, high tech mobile phone and a high fidelity microphone (in order to transmit in high resolution). The client, on the other side of the screen only needs internet access, an audio output for their wandering around Mendoza.